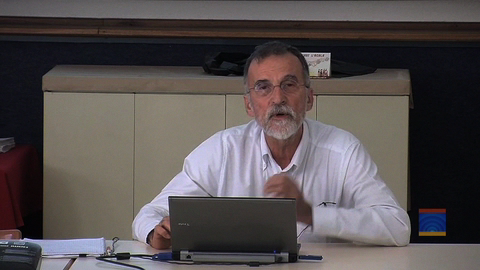 Alain became a GPA associate in 2004 when he was working for GPA in Cambodia to prepare a housing policy study titled “Definition of a long term housing strategy in Phnom Penh, Cambodia”.

Alain is currently working in Rwanda together with Geoff Payne on the Land Reform Process in Rwanda.

Boris Žerjav joined GPA Associate in May 2011 and became an Associate in October. He has participated in a number of projects, including preparations for the Red Cross/Red Crescent “Development from Disasters” meeting in Geneva, a consultancy report on land management in urban Ethiopia and a development strategy for the city of Tirana, Albania. Most recently, he has helped edit the “Study report on Legalization of Informal Settlements in South-East Europe”, for NALAS and GIZ. He is also working at Royal Institution of Chartered Surveyors (RICS), Disaster Management Commission. Boris is interested in research on informal settlements in South-Eastern Europe as well as in developing countries. In April 2011 he was accepted onto the MPhil/PhD programme at the Development Planning Unit, University College London, focusing on relations between urban planning practices and informal construction in Serbia.

Prior to moving to London, Boris did the MSc course in Urban Management and Development at the IHS institute in Rotterdam, the Netherlands, and worked on a large-scale housing and urban development project for UN HABITAT (Settlement and Integration of Refugees Programme – SIRP), aimed at re-establishment of social housing system in Serbia and the upgrading of Roma slums and informal settlements in seven cities – regional centres. He was also teaching at the Faculty of Architecture in Belgrade, Serbia, at Master courses related to slum upgrading and participatory planning.

Christopher is the managing partner of M.A.D. (Make a Difference), an organisation of real estate consultants based in Ulaanbaatar, Mongolia. He obtained his postgraduate diploma at Said Business School, Oxford University and a master’s degree at Reading University and is currently undertaking a part-time MSc in sustainable urban development at Oxford University. He has undertaken many assignments for the Asian Development Bank, the World Bank and other agencies and has collaborated with Geoff on land and housing issues in Mongolia.

Since joining GPA in the fall of 2009, Hamish has assisted in managing a number of projects, including research on the Dharavi Redevelopment Authority’s plans for Mumbai, and housing market surveys in China and Mongolia. He carried out field research and helped edit the UN-Habitat National Housing Strategy for Uganda as well as assisting with work on a draft National Housing Policy for Iraq and preparations for WUF5 in Rio de Jainero. Having lived and worked throughout Asia and Africa, he is interested in the role of cities in addressing climate change and how urban land markets can be managed to assist in the delivery of housing for all citizens.

Hamish has a Masters of Science degree from the London School of Economics and a Juris Doctor in law from the University of British Columbia, in Vancouver, Canada. Prior to moving to London, Hamish spent time as a factory inspector in Southern China.

Maÿlis Durand-Lasserve joined GPA Associates in May 2013, she is a social scientist and brings a wealth of academic and practical experience to GPA.

Maÿlis Durand-Lasserve has a post-graduate degree in econometrics from the Faculty of Law and Economy of the University of Paris-Panthéon. Until 2011, she was Professor of social sciences at the Department of Sociology at the University of Bordeaux II. During the last three years, she has been involved in or associated to various researches on land and tenure issues, especially in sub-Saharan African countries.

Peter Schubeler joined as a GPA associate in 2009, although professional contacts go back to the 1990’s. With a background in architecture (University of Pennsylvania) and economics (Yale University), Peter’s more than 30 years of professional experience have focused on urban development issues in Asian and European cities, in particular: infrastructure and service provision, community participation, municipal management, institutional development and governance. He recently served as co-team leader of an international team charged with preparation of a new urban regulatory system for the city of Tirana.

Peter is based in Zurich, Switzerland, where he has for the past 20 years headed a consultancy for architecture and development planning. As long-standing consultant to the Swiss Agency for Development and Cooperation, he has contributed to the formulation of SDC’s urban development policies and programmes. Peter’s teaching, research and consulting activities are driven by a fascination for the interactions between social and technical systems. As a practicing architect, he has conducted research on building energy systems (Swiss “Nationer Energie-Forschungs-Fond”, NEFF) and specialised in energy efficient architecture. His publications include the World Bank/Urban Management Programme’s policy paper on “participation and partnership in urban infrastructure management” and its “conceptual framework for municipal solid waste management in low-income countries. 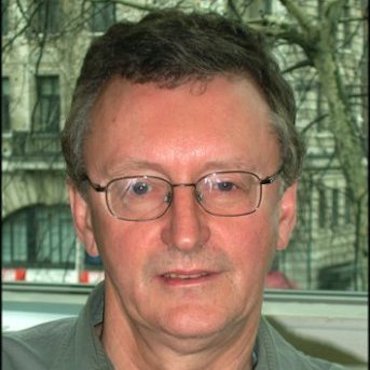 Tony Lloyd-Jones is a Principal Lecturer in Urban Design, Planning and Sustainable Development at the School of Architecture and the Built Environment, University of Westminster. He is Director of Research and Consultancy at the Max Lock Centre, an international sustainable development research unit and co-ordinator of the Centre for Sustainable Development team. He has conducted development planning projects in the UK, Europe Asia, Africa and Latin America and published papers and articles in journals and books, worldwide.

As consulting Policy Adviser to the Department for International Development, he advised the United Kingdom Government on sustainable human settlements issues at the United Nations from 1997 to 2005 and was a member of the EU Urban Development Co-operation Expert Group and OECD/DAC Interest Group on the Urban Environment. He was international consultant to the EU Working Group on Urban Design for Sustainability and principal author of its report to the European Commission in 2004.

Tania Payne has joined as an Associate, effective from 01 June, 2014. Tania will be responsible for editing reports, assisting with presentations to conferences and managing project records and finances.

She has 15 years’ experience working in the photographic industry and is a CELTA qualified English language teacher and writes ELT resources for teaching online.

She has travelled extensively, taught English in Mexico, volunteered for a teaching project in Colombia and for organisations working to provide residents of informal settlements with tenure security in Kenya and Cambodia. 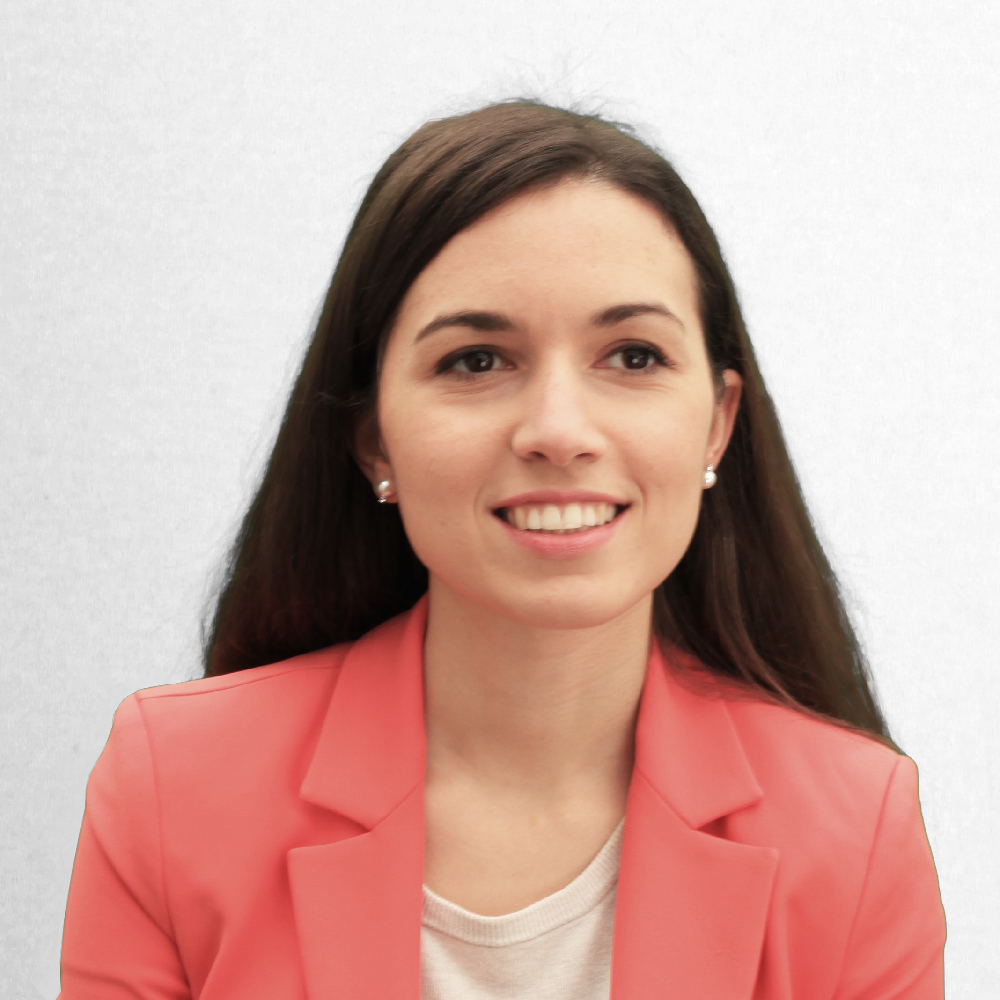 Since 2015 she has been a co-founder and Director of Research at Lapis, an NGO engaged in the study of asylum seekers systems of reception and distribution throughout Italy. With Lapis, Martina will continue the research that she began as part of her MSc at the LSE, which also led to the development of HI HERE App for migrants. Whilst Martina’s activity as an architect has reduced, she continues as a co-founder to provide consultancy through mmp lab, a Swiss based practice focused on research, design and action.

Currently, Martina is a PhD Candidate at the LSE. She investigates how institutional changes of land tenure and land deals have affected land delivery mechanisms and markets in Tanzania. 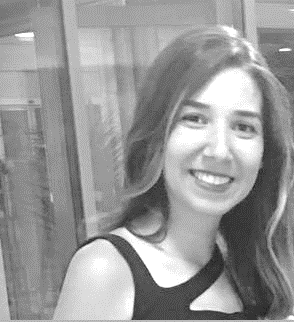 Cemre Şahinkaya is from Turkey. She completed a double major programme at Istanbul Technical University in Urban & Regional Planning and Geomatics Engineering and graduated as the first ranked student in geomatics in 2015. Previously, she worked in the private sector as a geomatics engineer and urban planner and has been giving private lectures to the pupils. In 2016, she started her masters’ degree in Land Management and Land Tenure at the Technical University of Munich (TUM), Germany and attended Geoffrey Payne’s lectures there. She did her internship at GPA in September 2017 and graduated from the master’s degree programme as the best student in 2018. Then she started working with Geoffrey Payne as a researcher. Meanwhile, she was approved by FIG as a Young Surveyor. Her main interests are urban planning, urban regeneration and land registration systems. She is currently undertaking academic research on urban regeneration and transformation projects at GPA and also conducting a project about Ankara’s planning system with Geoffrey in Turkey.