One of the greatest rewards of working on housing issues in rapidly urbanising countries is the opportunity to see how resourceful people are when it comes to obtaining land and housing, even when they have extremely limited resources. The World Habitat Awards, organised and funded by BSHF, provide a wealth of examples of such innovation and I was grateful to be invited by the Director, David Ireland, to visit the 2016-17 World Habitat Awards winning project in Senegal.

‘A Roof, A Skill, A Market’ was the inspiration of a French mason visiting Burkina Faso in 1998. He saw the vast potential of earth architecture in the arid rural areas of the Sahel and proposed that the Nubian form of mudbrick vaulting be revived as a form of building that would be more comfortable, affordable and environmentally sustainable than conventional reinforced concrete structures. Its unique structural advantage is that by building the arches so that they lean against the end wall, later bricks can lean against earlier arches, making it unnecessary to use wooden formwork until the arch is complete. This means that the system can create vaults of any length and does not need to use increasingly scarce and expensive timber during the construction process.

The program started in Burkina Faso in 2000 with support from the French government and a small team of committed professionals. The Nubian Vault Association has now completed more than 2,000 houses in Burkina Faso, Mali and Senegal varying in size and area from modest single storey structures to luxury two storey villas.

With a maximum span of 3.25 metres, buildings provide congenial and calming spaces and can either link to adjoining vaults to create different layouts, or include reinforced concrete beams so that large open spaces can be created. In this way, the structural system can be adapted to meet different uses and the program has already inspired local groups to build school buildings, community centres, mosques and maternity centres.

What makes ‘A Roof, A Skill, A Market’ so special is not, however, just the buildings, great though they are. The greatest achievement is that the team promoting it see the approach as increasing employment opportunities for people of different skill levels in a context where population growth has exceeded economic growth, leading to mass migration out of the region. It is also based closely on market costs in order to demonstrate its economic viability compared to expensive and less environmentally efficient imported materials. Being 100 percent carbon free, it has also been accepted by the governments of Burkina Faso and Senegal as part of their national policies in meeting the global Sustainable Development Goals Sustainable Development Goals.

During a short, but extremely productive and enjoyable visit, the project team of Cecilia Rinaudo and Emmanuelle showed us impressive projects in the rural areas near Dakar, the World Heritage town of St Louis and Podor, on the border with Mauritania. A community managing an environmental reserve told us, “we can manage the reserve better now we have a place to manage it from”, while a school that had previously been reporting low examination results became the top performer the year after the new vaulted building was completed because the improved thermal comfort helped students to concentrate. A local entrepreneur told us his neighbors had expected his house to be washed away when the first rains came and were amazed when it not only withstood the rains but coped just as well when he added a second floor! Finally, a medical doctor said he was happy to spend extra hours at work because the clinic where he worked was more comfortable than his own home!

The program has been expanding at 30 percent a year and has ambitious plans to maintain momentum so that the system is accepted as appropriate for different building types as well as housing and can operate without external financial support. 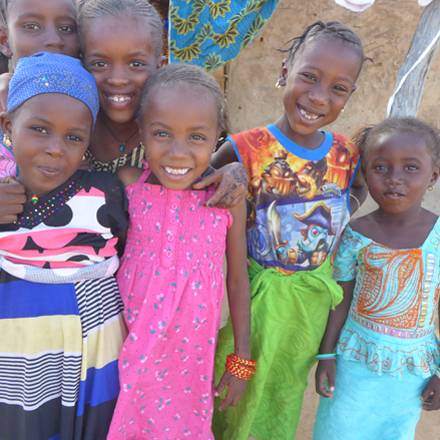 ings using the system are in rural areas where the majority of the population lives, there is considerable potential for urban and particularly peri-urban areas where population pressure is increasing the demand for affordable housing and where labour intensive methods are ideal. The Nubian Vault Association team hope to apply the approach throughout the whole Sahel region from the Atlantic to the Red Sea and from Algeria in the north to Nigeria in the south. They even plan to reintroduce it in the Nubian desert of Sudan where the tradition first started centuries ago, a great example of learning from the past to meet the challenges of the present and future.

The program and the dynamic team managing it are a deserving winner of this year’s World Habitat Awards!

This article is published in BSHF webpage